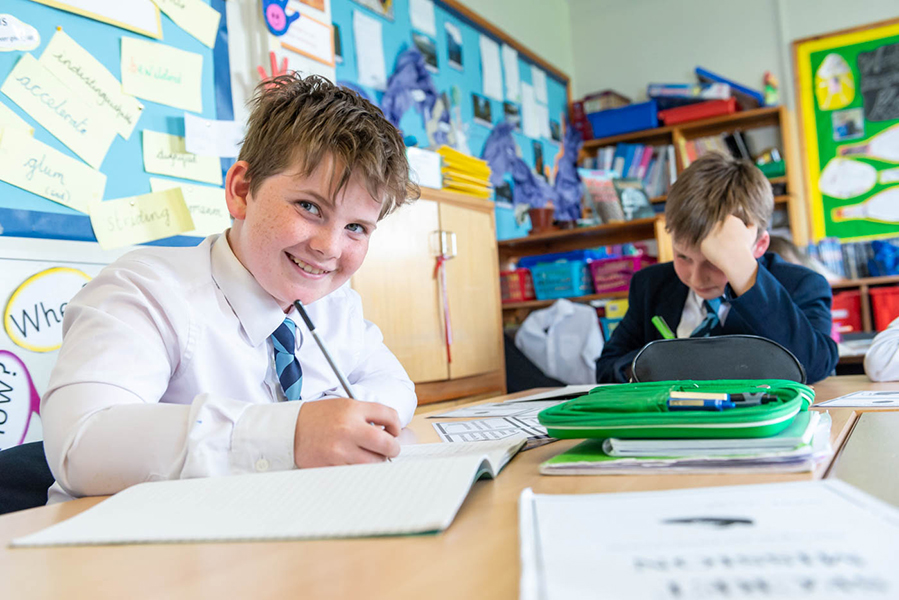 These findings of two recent reports* support what teachers at Pocklington Prep School firmly believe: that children who can express themselves freely through writing, rather than following a prescriptive learning pattern, are happier and make more progress.

This underpins our approach to writing and is among the reasons we don’t enter our children for SATs, the formal measure of attainment which have been criticised for imposing constricted learning on pupils at a time when progress should be fuelled by their instinctive curiosity and imagination.

We believe dialogue and drama are far more effective at improving children’s grasp of language than formal grammar lessons and worksheets. Our theme-based, cross-curriculum approach to learning plays into this. Children aren’t taught about a topic, they experience it. Study of the past tense might link to the history topic of queen Boudica. Classes might involve role play in Celtic cloaks, or a trip to Murton Park’s living history site to experience life under the occupying Roman forces.

This prompts discussions about what it must have felt like to be Boudica, or a Roman soldier, which inspires enthusiasm and focus. Children rush to take up their pencils or pen and capture their recollections, unconsciously observing the past tense as they do so.

By living and breathing the characters or experience they’re studying, with the time and space to express themselves, children think creatively, grow in confidence and thrive.

The outcomes suggest our approach is right. This summer 64% of state sector pupils met the expected standard in writing, reading and maths combined. At Pocklington Prep School, the figure was 84% of pupils.

We promote interactive learning at all times. Teachers are flexible and can scrap a lesson plan to explore a subject that obviously captures children’s imagination and attention. When tornadoes were in the news recently, some classes discussed, researched and then wro 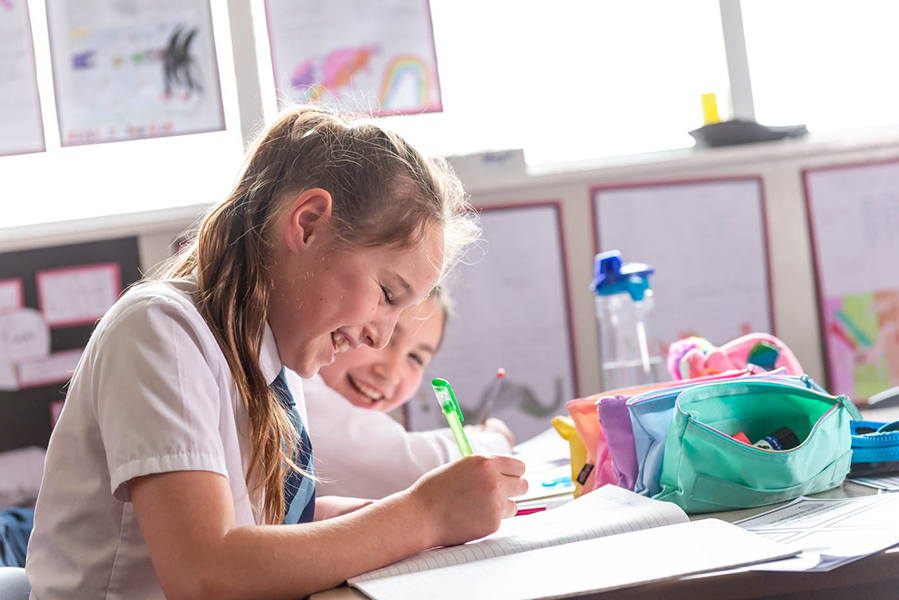 te about them. An impromptu classroom discussion about recycled coffee cups led to one class writing letters to Sainsbury’s.

A recent cross-year-group exercise saw Year 6 pupils write a story for the Year 2s. After pairing up, the younger children briefed the older ones about characters they’d invented during role play, as well as themes which interested them. The Year 6s took notes before writing the first draft of a story then, after critical feedback from the Year 2s, returned with second drafts accompanied by computer illustrations.

The exercise benefited the Year 6s as they had an audience and a powerful sense of purpose. The Year 2s learnt a great deal about language and communication, and grew in confidence by taking on the leading role.

Another event which unites across the year groups is the House creative writing competition, which is connected to our annual art competition, adding a visual stimulus. This year the theme was China.

Children are given every opportunity to read and experience good quality texts from experienced authors, as part of every topic. Texts are carefully chosen to prompt discussion, reflection and imaginative thought, so pupils are inspired to take their learning further.

In the Senior School, too, creative writing is an essential part of English and is formally taught throughout Lower and Middle Schools. As well as being enjoyable in itself, it is a vehicle for teaching skilful and varied use of language. Creative writing is a useful tool to check and illuminate understanding of the fiction and non-fiction texts we cover. It is assessed as part of the English Language IGSCE course (worth 20%).

The Senior School also runs creative writing and poetry writing competitions throughout the year, and it is always a delight to see unexpected names entering and winning. Sixth Form Symposium sessions focus on different types of narrative, from the Story Mountain to Secrets of Hollywood Scriptwriters.

The world falls back on stories to communicate, and creating stories is an inside line to understanding how narratives are constructed. Whatever the subject, it is through stories that messages are conveyed. Understand how to write a story, and you can understand how to read a world.

That is why, from Pre-Prep to Sixth Form, we empower pupils with the freedom to look away from the whiteboard and be inspired by their surroundings, their peers and, most important of all, their own imaginations.