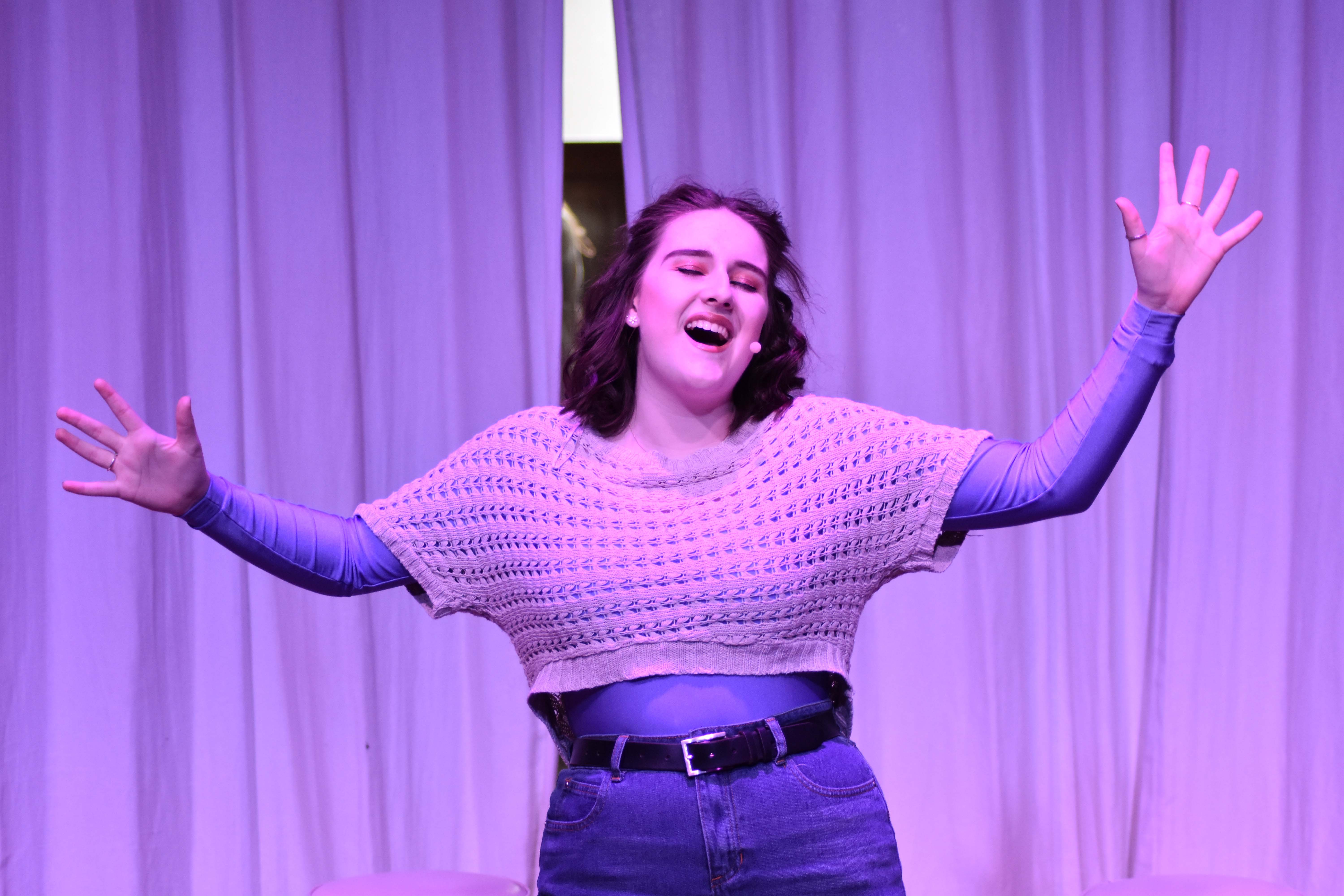 This term began and has ended on a high note, with the musical talents of our pupils taking centre stage in, respectively, the House Music Festival and the Musical Theatre Society’s Musical Extravaganza.

The joy on the faces of those taking part was a delight to see. The audiences, too, were swept along by the energy, rhythm and enthusiasm flowing from the stage.

Music has a wonderful knack of uniting and uplifting. Surveys report it makes us feel happier, more relaxed, reduces anxiety and makes us feel more fulfilled. Also, different musical features activate every part of the brain – so it benefits from an all-round stimulus from one source. Musicians are said to have better working memories, auditory skills and cognitive flexibility.

You don’t have to be a musician – or even musical – to feel the benefits of music. Singing in groups also increases our sense of social attachment and wellbeing.

My decision to take singing lessons at Pocklington was a welcome and refreshing pick-me-up. I’ll never be more than an enthusiastic amateur, but I value it as the chance to put aside the responsibilities of the day and do something completely different. I certainly leave my lesson refreshed.

I was saddened by the Director of the Royal College of Music’s recent observation that music provision in state schools is in “steady decline” due to budget cuts.

At Pocklington School I’m delighted to say our music provision continues to go from strength to strength, right through from Pre-Prep to the Sixth Form. That’s because we believe that, whatever your age, music is beneficial, both in terms of mental health and as a tool for learning.

Researchers recently concluded that children who learn how to play a musical instrument have improved academic results, simply because they develop a more positive mindset. As anyone who’s tried to learn an instrument will testify, you have to make a sustained effort to progress – but it does pay off. This process of discovering that by applying themselves, they can learn a new skill boosts children’s confidence.

The link was first made as a result of research led by a music psychologist at Goldsmiths, University of London, which took place at a girls’ school near Reading, and has now expanded to other schools.

The researchers found that teenagers who did well at music were more likely to think that you can learn to be clever, which had a positive impact on their schoolwork. Pupils who took fewer music lessons or none at all were more likely to have a defeatist attitude, known as a fixed mindset, and made slower academic progress.

In our Pre Prep School, teachers use music to help children get off to the best possible start with a positive attitude to school and learning. It helps them feel involved, relaxed, and to cope with the transitions between sessions. Simple chants and songs help them learn new vocabulary, as well as improving pronunciation and an understanding of how words fit into language.

Our Pre Prep and Prep School children regularly play musical instruments, which help them develop fine motor skills. Dancing to music helps build motor skills while allowing them to practise self-expression, which helps with self-esteem. Music can help children discover more about emotions, too: younger children recognise happiness, sadness and anger, for example, and become more self-aware as they reflect on them.

Children are given every opportunity to explore music throughout Pocklington School. Prep children sing together in assemblies, there’s an orchestra, a choir, brass and guitar groups, an annual house music competition and several school productions. The Prep School choir recently performed with other choirs from the region at York Minster – a tremendous experience – and the whole Prep School will round off the term with a musical celebration of Easter,

Singing is a fantastic social tool, a way of bringing people out of themselves whatever their age. Sing in a choir and you have the thrill of and sense of achievement that performance brings, but still have the security of people around you. Throughout both schools, we welcome singers of all abilities to our musical ensembles and offer plenty of opportunities to perform solo.

The Sixth Form-led House Music Festival and Musical Theatre Society productions are just two of the regular opportunities to perform in the Senior School. Our Spring Concert, held this week, featured our Junior Orchestra, Concert Band, Chamber Choir, Swing Band, Senior String Group, Soul Band & Flute Choir. These joint performances enhance teamwork and discipline; everyone must attend rehearsals and practise together as they work towards a common goal. Musical performance, of whatever kind, also teaches young people to take risks and conquer fear.

More than 100 music lessons per week take place in the Prep School and 167 in the Senior School. We’re always open to suggestions – this term a Prep School Year 6 pupil started her own musical theatre society – and pupils’ creative input is welcomed in all our productions.

I am firmly of the belief that not only should music be accessible to all, but that it’s a vital tool in education and pastoral care. Music, and indeed the arts in general, should happily co-exist with other subjects as part of a broad, balanced curriculum which not only prepares and inspires pupils for life, but also nurtures their sense of wellbeing.