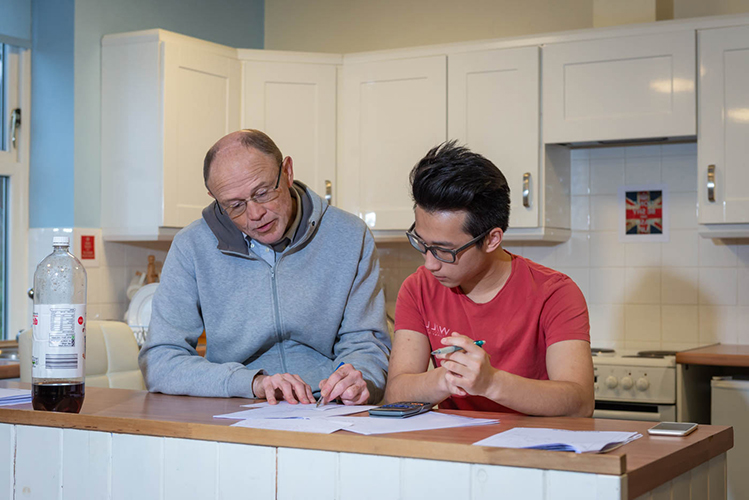 This summer we’re saying farewell to some long-standing staff members who are retiring, including three teachers who have clocked up a combined 105 years at Pocklington School between them.

They will all be missed by their colleagues, as well as by pupils on whom they have had a lasting impact, not only in terms of passing exams but also in the way those young people have gone on to view the world.

Regardless of their subject, the best teachers inspire a love of learning that lasts a lifetime. They catch your imagination, make you believe that the world is worth exploring and understanding – and give you the confidence to do so.

As a headmaster, you’d expect me to champion teachers – but a recent survey found teenagers also believe that the interaction between students and a teacher is irreplaceable. When asked how they’d feel about a robot replacing their teacher in the classroom, more than four fifths opposed the idea.

Artificial intelligence (AI) has been put forward as a solution to increased teacher workload and staff shortages. But the 16-18 year-olds polled said they’d miss the interaction and inspiration which human contact brings. They also pointed out the importance of the emotional support which teachers provide.

Teaching is, in essence, a relationship between one person and another. Of course, a teacher must be well-organised, have well-structured lessons and clear expectations, which is where the idea of introducing robots comes from. But that’s just the beginning.

Learning involves risk: putting your hand up in class, trying something different on a hockey pitch, standing up on stage for the first time – can all feel like stepping off a metaphorical cliff. The only way you’d allow yourself to take that risk is the confidence that you’d have a safe landing.

Teaching at its best is founded on trust. It enables one to build another’s confidence and help them progress from something they know to something they do not know – whether that’s in terms of new ideas, literature, sport or performance.

And a teacher isn’t just a person who stands in front of the class. They can be parents, they can be volunteers who teach at clubs and activities. They can be workplace colleagues. They must have knowledge in order to be effective, but good teachers are also compassionate and considerate. Just because someone knows more, it doesn’t mean they’re better; it’s equally important to respect the person you’re teaching as the other way round.

I’d like to think everyone remembers at least one teacher, hopefully several, who really got to know them, who believed in them, made them believe in themselves and inspired them to want to become the best they could possibly be.

David Walliams, the actor and comedian who’s now the country’s biggest-selling author, credits his English teacher with giving him the self-belief to succeed. He said: “He saw my passion and took a special interest in me. We would talk one on one. He gave me the confidence to pursue my dream of being an actor when I left school.”

We learn from just about everyone we meet to a greater or lesser degree. Education is a process which begins the day we are born and ends on the day we die. We are all on a journey to discovery together. We should learn from each other, believe in each other, build relationships with each other and inspire each other for life.