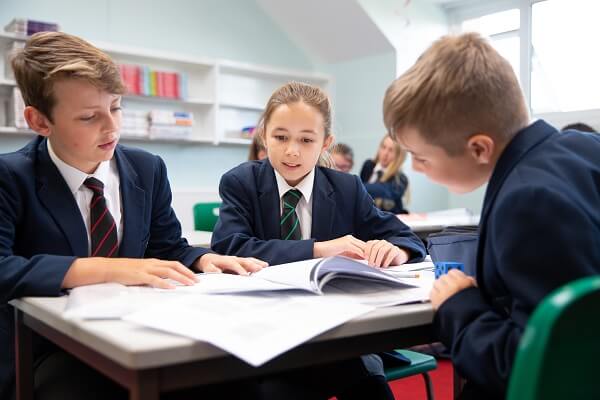 I have been fortunate enough to visit schools all over the world – most of Europe and further afield in Mexico, the USA, Singapore and China. Aside from children, teachers, classrooms and a range of other facilities, they share much in common but are also noticeably different.

Assembly halls are rare in Continental Europe and Asia whilst swimming pools are far from common in the UK but are commonplace in the USA and Asia. Class lengths tend to be shorter in Asia and longer in Europe whereas breaks are briefer in continental Europe but considerably longer in the UK. The USA is the only place I have ever seen two (yes, two!) ice hockey rinks in one school and China is the only place I’ve witnessed over 60 pupils in one class. Perhaps understandable when one is dealing with a population of 1.4 billion.

Facilities aside, it is the approach to education that varies greatly. Continental Europe currently places less importance on the need for teachers to deliver pastoral care whilst the USA abounds with counsellors and psychologists. The use of technology is gathering pace across the globe. In China we witnessed incredible science facilities that one would normally expect at university level. Conversely, the use of mobile phones as research and educational tools was frowned on but facial recognition software was used to open doors!

What happens in the classroom is of paramount interest to me. The USA and UK appear keen on lessons where pupils take the lead, develop their skills as well as curriculum knowledge and contribute fully in interactive lessons. It was on a trip to the northeast of the United States that I first witnessed the “Harkness” method of teaching– where pupils take control of the lesson and, through a series of debates and discussions, arrive at their conclusions with almost no input from their teacher. I was delighted to witness this methodology here at Pocklington in my first few weeks of 2019.

Of course, delivering all lessons in this way is not sensible, but this example is certainly emblematic of the freedom and interactivity teachers are encouraged to employ in the UK and USA. Our observations of Chinese lessons were more traditional, with teachers taking a more didactic and instructional approach for pupils whose focus, concentration and maturity were deeply impressive.

There is no one right answer to education and its delivery varies greatly across our planet. If someone had hit upon the silver bullet answer, we would all be teaching in a similar way – which would make life rather pedestrian.Visiting other schools and reflecting on their practice is one way to better inform ours here at Pocklington. I can safely say that I have never visited another school and not learned something of interest or value.