Max taps his way to the national stage 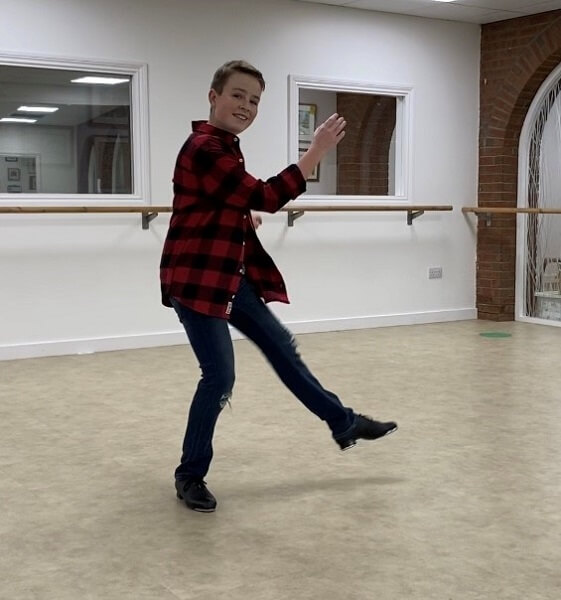 The tap-dancing talents of Third Year pupil Max Jones scored him the highest marks at a major dance festival held recently in Hull, a distinction which qualifies him to compete at a national level.

Max, 13, competed against members of dance schools from as far apart as Nottingham and Liverpool, aged up to 19 years, in the Kingston Upon Hull Music and Dance Festival.

He excelled in several categories but was also presented with the festival’s Special Award for the combined highest mark in his tap dancing performances. The award enables him to compete at a national level in All England Dance festivals.

Max, who has been tap dancing for four years, said: “I just loved every second on the stage. I am so grateful for getting chosen for the award.”

His dad Robert added: “Max had worked so hard on this festival. It’s hard for boys because most of the girls have been dancing since they were walking. But he literally went out and owned the stage.”

Max trains three times a week with the Northern Academy of Performing Arts (NAPA) at their studios in Hull. He also dances at Anlaby Studios, attends specialist monthly Tap Attack workshops in Halifax and is working towards his Grade 6 tap exam.

He said: “I love the satisfaction of learning new steps and perfecting them. I just love performing – but with tap, especially, I just get the rhythm of it all.”

Tap is by no means Max’s only talent: he also enjoys ballet, modern, contemporary, commercial and lyrical dance, as well as musical theatre. At the Festival, he was placed first for his age group in the tap solo, second in the cabaret section which he danced with two NAPA friends, and was one of the lead singers in a NAPA dance troupe which beat 11 other dance schools to win the 11-14 year-old category.

Max impressed audiences at Pocklington School’s Musical Extravaganza in 2018 with his Billy Elliott performance. His favourite subject is drama and he has his sights set on a West End career.

He added: “My dream job would be to star in 42nd Street or another musical. I’m inspired by a boy who danced at NAPA called George Beet who is now on the West End, most recently in Joseph. George’s name is on most of the trophies I’ve won and he often visits our dance school.”

Max's form tutor at Pocklington School, Anna Hughes, said: "Max's enthusiasm for performing arts is clearly matched by his talent and we're very proud of his success. I have enjoyed seeing his stage performances via emails from his family. he has an incredible relaxed style.  He is less relaxed in school as he works hard in lessons especially as he has to be very disciplined in fitting everything in.  We look forward to following his next steps!"

Max's winning individual performance can be viewed below.