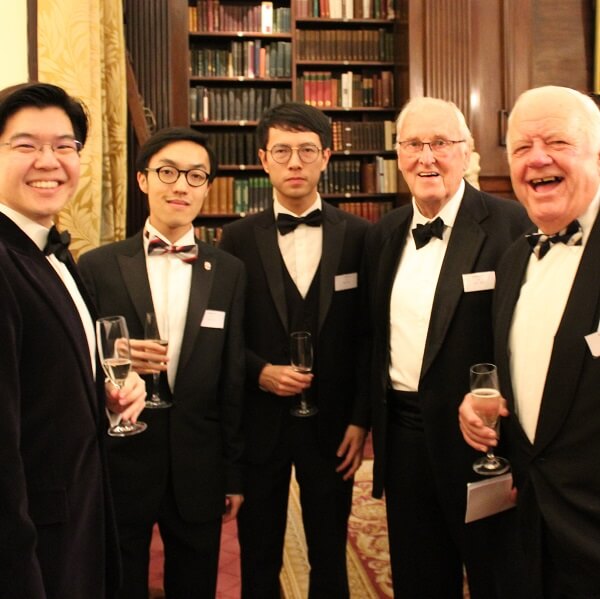 The spectacular Athenaeum Club in Pall Mall was the setting for this year’s OP London black tie dinner on Friday 23 November 2018. Over 60 OPs and guests joined club member, Darrell Buttery MBE (former staff 01-06, governor), and the OP president, Trevor Loten (70-80), for the event, which marked Mark Ronan’s final OP engagement as the headmaster of Pocklington School before his move to The King’s Hospital School in Dublin from January 2019.

As guests arrived, they were visibly impressed by the imposing and elegant surroundings of the Club, epitomised by the grand staircase that greets every visitor upon entering with its breath-taking scale and form. The sense of history of the Club also added to its allure; founded in 1824 by John Wilson Croker, its members include eminent scientists, engineers, medics, clergy, lawyers, writers, artists, civil servants and academics many of whom are Nobel Prize winners.

The evening started with a drinks reception in the Smoking Room. The OP President welcomed guests to the event and introduced Darrell who gave a brief overview of the Club, its history and some of its illustrious members such as Darwin, Tennyson, Dickens, Faraday, Kipling, Trollope and OPs William Wilberforce (1771-76) and Sir Tom Stoppard (51-54). 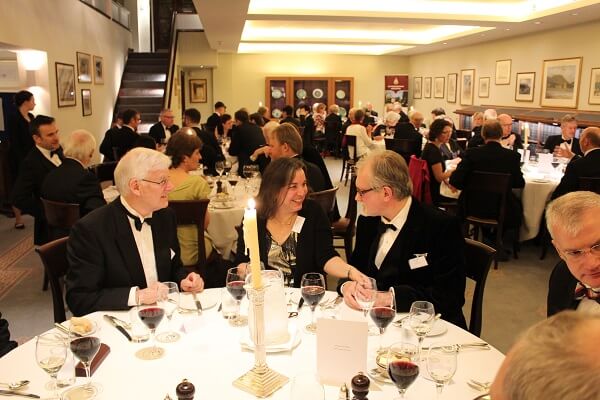 The dinner itself took place in the Garden Room. The president invited Paul Hutton (49-56) to say the grace (in both Latin and English!) that he had prepared especially for OP occasions. After the meal, the president gave a speech in which he paid thanks to Mark and Fiona Ronan for their support of OPs during their time at the school and presented them with gifts on behalf of the OP Association. Darrell was also presented with a small gift of thanks for hosting the dinner.

The headmaster responded, giving thanks to OPs for their support and emphasising the importance and value of the OP network to the school and its pupils. He also reflected on his time at Pocklington and his own personal development in the spirit of ‘courage and truth’ through his participation in school life, setting himself personal challenges and pushing himself out of his comfort zone. This included singing, acting and even dancing!

Afterwards, guests drifted over to the nearby St James’ Bar for a nightcap to round off a very successful and enjoyable evening.

Thank you to all who came to the dinner and hope to see you again next year! The date for next year’s dinner is Friday 22 November 2019. Venue and further details to be confirmed.

“The OP Dinner in London on Friday night was excellent; it was wonderful to catch up with old friends.”

“Yesterday was a wonderful night, and I really enjoyed it.”

“It was a great evening. I enjoyed meeting people I had not seen for 50 years.”