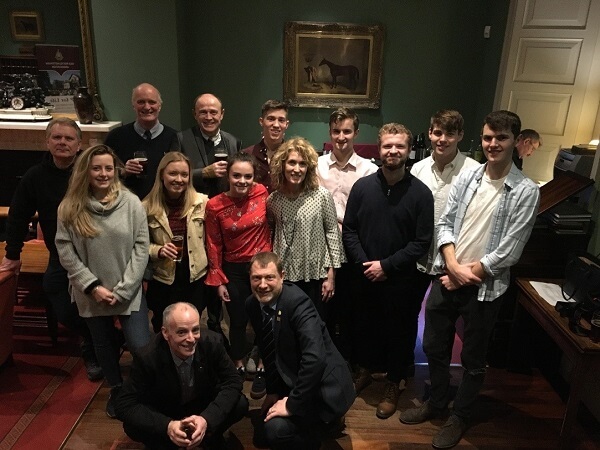 The Northern Counties Club was the venue once again for this year’s OP Newcastle drinks, held on Tuesday 29 January 2019.

As one of Pocklington School’s top university destinations, the Newcastle event is always popular and well-attended, and this year was no exception with 22 guests in attendance.

The majority of those attending were recent leavers from 2015 through to 2018. They were joined by the OP committee rep for Newcastle, Steven Kyffin (70-77), along with fellow OPs David Crone (65-73) and Chris Woodhead (64-70). Staff attending were OP President, Trevor Loten (70-80, Fenwick-Smith Resident Tutor and Maths teacher), Patrick Dare (Fenwick-Smith Housemaster and French teacher), David Dyson (former staff, Chemistry, 88-18) and Rachel Dare (OP Liaison Officer).

The new Headmaster, Toby Seth, sent his apologies; he was unable to come this time due to a parents’ evening at school. Sheena McNamee also had to send her apologies due to illness. In his President’s address, Trevor passed on their good wishes to OPs and read a message from the Headmaster, in which he recounted how impressed he was with the school and its staff and pupils during his first three weeks at the helm and how much he was looking forward to meeting OPs at future events. 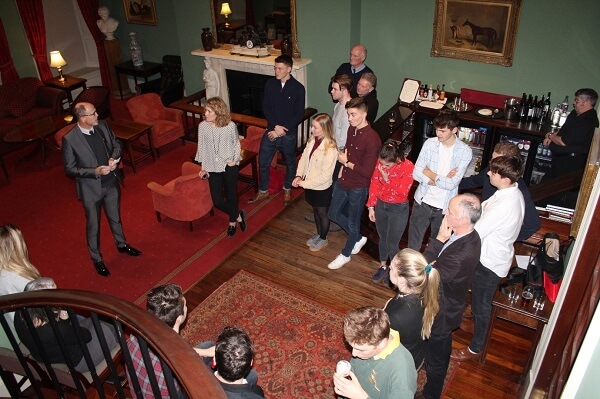 Trevor finished by thanking everyone for coming. He also gave particular thanks to Club member Nick Lumley (80-87) for arranging the venue and to the staff at the Club for looking after everyone.

The next OP drinks event will be in Leeds in March. The date and further details will be announced soon, but if you would like to register your interest, please contact the OP office.