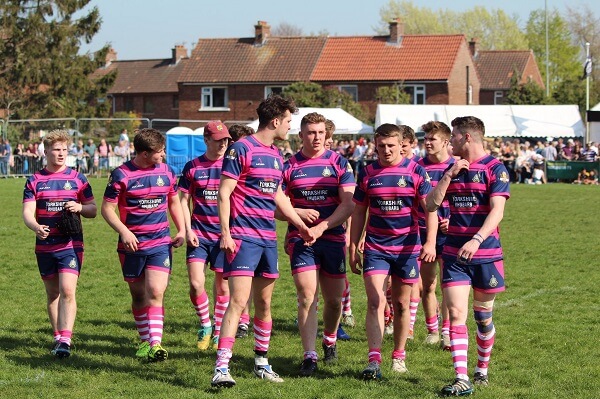 The two OP teams entered into this year’s Pock 7s both had a successful day with the Old Pocklingtonians getting to the Plate final and the OP Dragons reaching the quarter-finals of the main competition. The spectators enjoyed it too with all day sunshine and warm temperatures drawing in record crowds of OPs and their families for this traditional Easter reunion.

The OP Dragons, made up of predominantly 2015 leavers, got off to a great start defeating York Saints (12-7) in the first round and Richmond Renegades (24-17) in the second round to play Goole in a repeat of the 2018 Pock 7s quarter-final. Unfortunately, the OP Dragons couldn’t break through a strong Goole side and as in 2018, they went out losing 24-5. Goole subsequently went out in their semi-final against Northumberland invitation side The Might ‘Peth, who were the eventual winners, defeating Hull (24-22) in a cliff-hanger final decided by a last minute try and conversion just before the whistle blew. 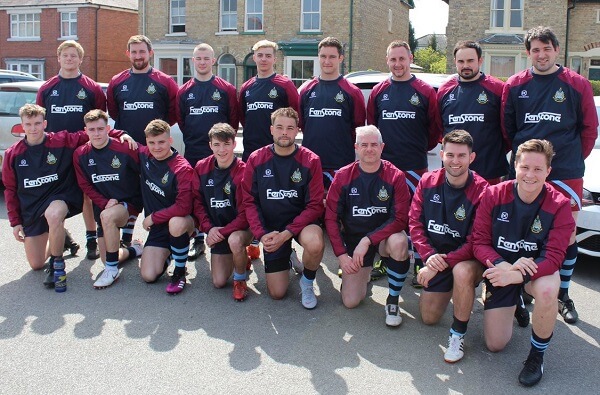 The Old Pocklingtonians lost their first round match against the Wild Turkeys (26-12) and after an anxious wait were delighted to qualify for the Plate competition. The Plate quarter-final turned out to be a ‘town v gown’ clash against Pocklington with the OPs coming out on top (22-10) after a close run first half.  The semi was against East Yorkshire Baa Baas, a Pocklington colts team which the OPs breezed through (36-10). By contrast the final was a much tougher match for the OPs against a well-drilled and super fit team from the south, Richmond Renegades. Although there was only one score in it at half-time, the OPs ran out of steam at the end of a long day and Richmond pulled away with a flurry of late scores to take the Plate (47-14). 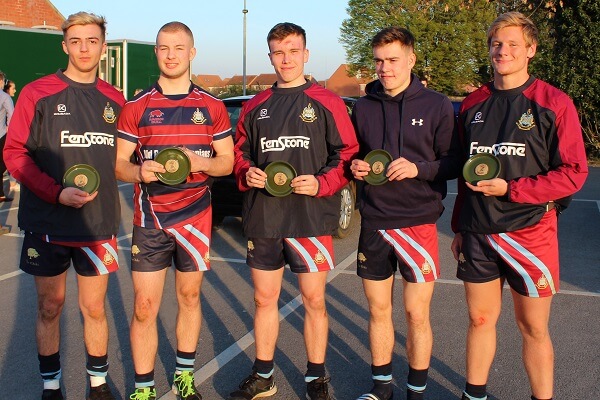 A really good day was had by all OP players. Sponsored kit bundles for both OP teams were new this year and really helped to attract players to the OP squad as well as raising the profile of the teams and the sponsors at the event. Thanks go to all sponsors for their generous support of the teams.

We are already looking forward to next year’s Pock 7s which will be on Friday 10 April 2020. If any OPs would be interested in playing for or sponsoring the OP teams at next year’s Pock 7s, please contact Rachel in the OP office.