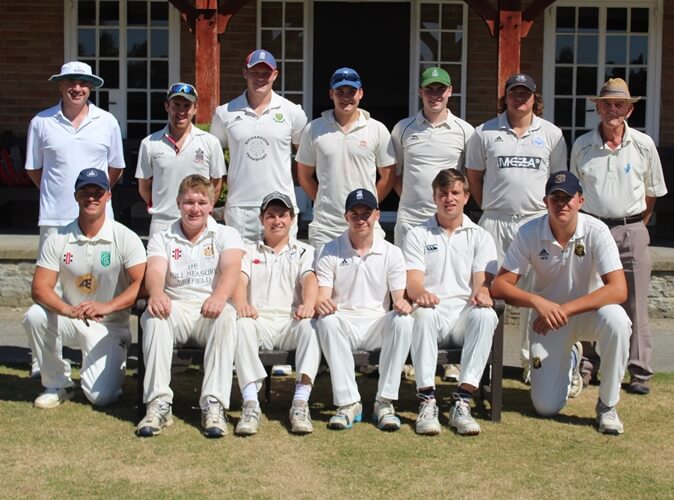 An excellent game of cricket played under wonderful clear blue skies saw the school 1st XI victorious for the first time in many years.

A historic coin toss between OP captain, Tom Foster (07-16), and school captain and brother, Charlie, put the OPs in to bat first. Sibling rivalry was a common theme this year with brothers Will Wraith (08-16) and Ed (School) also on opposing sides. Lewis Wilson (14-16), AGI Wood’s (39-49) grandson, also played for the OPs this year.

Having posted a sporting total, built largely on a partnership of 93 between Henry Bayston (10-17) and James Flint (00-11) the OPs maintained a firm grip on the game taking a steady stream of wickets either side of the tea break.

A well-paced half century from Rory Stephenson built of 114 balls was however the mainstay of the reply, with a late rally of 14 from Ollie Robinson they guided the team over the line with four balls to spare.

With the fine win over the MCC in the week and this victory over the OPs, the boys can go into the festival at Hymers this week in confident mood. The OPs will no doubt be back in force next year for the re-match!