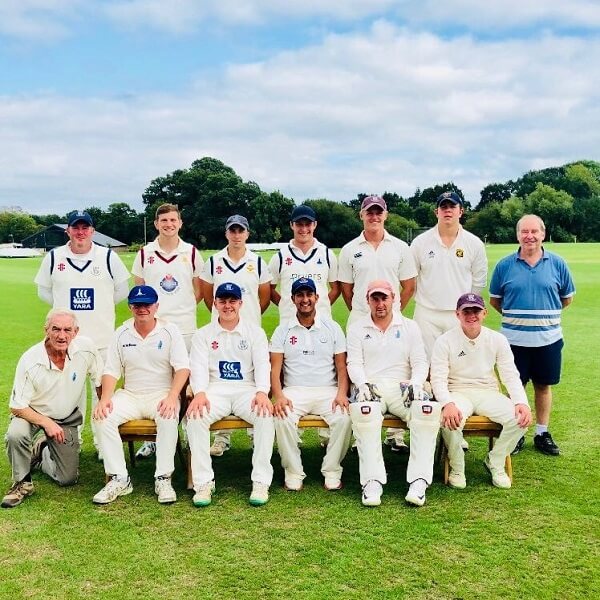 The Pixies have had an incredible season and have remained unbeaten in all their completed games. 2018 has seen a mix of old faces and new with many first caps awarded to Pocklington School pupils.

The season started with a game against Old Hull Grammarians and saw a fantastic display from a youthful team. Having bowled first the Pixies restricted Hull to 107 and this included a first Pixie hat trick for Ed Lambert who joins a small list of people to have achieved this. The Pixies chased this down in 20 overs and completed a fantastic 5-wicket win.

Against the Yorkshire Gentlemen the Pixies batted first and this saw Henry Bayston (10-17) score his maiden century for the team. He batted superbly well and was assisted well by Tom Burdett and the school captain Charlie Foster (07-18). In reply to the Pixies score of 225 again Henry took centre stage and he took 5 wickets to ensure that ‘the gents’ fell short of the target.

Unfortunately, in what was a hot summer the games against Pocklington, Eastbourne and Hastings fell foul to the weather however, the 2018 tour was a huge success.

At Holmesdale on the Sunday, new records were set as Jonty Goddard flew from Johannesberg to take the record of biggest distance travelled to play for the Pixies, beating Matthew Atkinson’s (85-93) previous trip from Geneva last year. Some tidy bowling from Joel Hughes and Tom Burdett saw the Pixies score of 186 remain too much.

On Tuesday, the Pixies batted very well against Haywards Heath and Ben Burdett and Adam Sutcliffe ensured the continued tradition of a large Pixie total at this venue. In reply, the Hayward’s batsmen played well and it took some fantastic bowling from Adam Iyer (96-06) to secure a Pixie victory.

The final match of this season’s calendar was at Marden’s fabulous new ground and Charlie Lambert (01-08) scored the first run at this venue – unfortunately, he was also the first wicket to fall here too! Marden had a fantastic loan addition playing who caused all kinds of problems with his bowling however, George Baty scored 78 to set a target of 196. Adam Iyer bowled with determination and was supported well by his teammates to take four wickets and see the Pixies home by 80 runs.

The Men of Derwent fixture has been postponed to pre-season 2019 due to Woodhouse Grange’s superb cup run.

Thanks to Malcolm Milne (55-62, Former Staff 71-03), Dave Watton (Former Staff 87-16), Marcus Townend (72-82) and Paul Lambert for umpiring and scoring and to the players for giving up their free time to support Pixies’ coordinator, Charlie Lambert, and making his job easier. The 2019 season sees at least one new fixture on the calendar and hopefully will be just as successful.